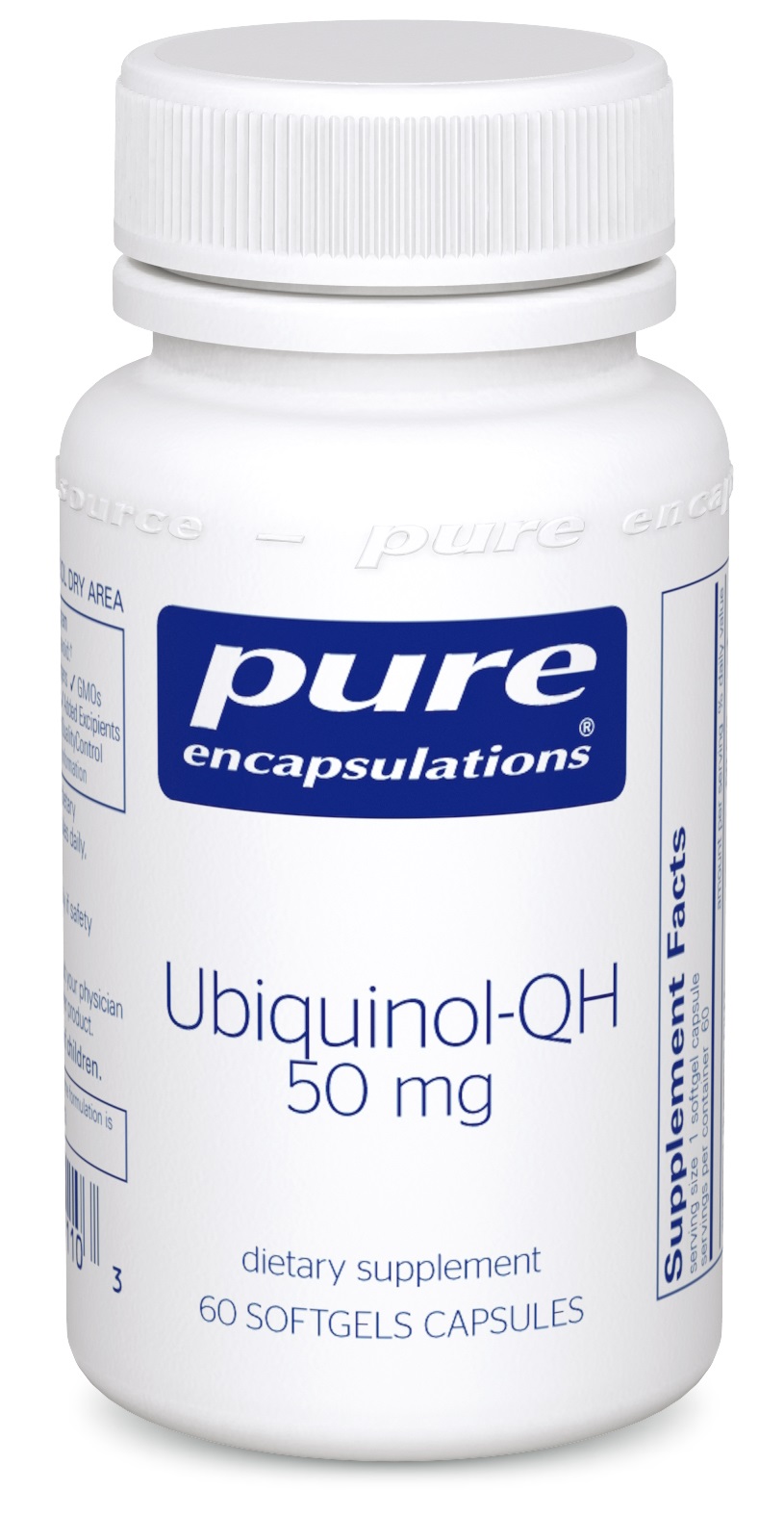 Ubiquinol is the active antioxidant form of CoQ10

Ubiquinol-QH is an antioxidant that is especially important for older individuals or individuals who may be experiencing greater levels of oxidative or physical stress. This antioxidant is best known to support cardiovascular health as well as promote cellular energy.*

Ubiquinol is the active antioxidant form of CoQ10. It has an additional two hydrogen atoms and comprises the majority of the ubiquinone/ubiquinol pool in the plasma of healthy subjects. Ubiquinol may be especially important for older individuals, individuals who may be experiencing greater levels of oxidative or physical stress, or individuals who appear not to respond to regular CoQ10 supplementation (possibly due to poor conversion of CoQ10 to ubiquinol in the body). In a preliminary case report involving an open clinical evaluation using ubiquinol, a U.S. cardiologist reports that plasma CoQ10 levels doubled for one 52 year-old woman after supplementation with 300 mg ubiquinol in divided doses for one month. It was also noted that ubiquinol supported a healthy ratio of CoQ10 to lipids. In a separate case, a 65 year-old male not responding to CoQ10 supplementation experienced a 4-fold increase in plasma CoQ10 after supplementation with the same dose of ubiquinol. In addition, ubiquinol supported healthy ejection fraction and mitral valve function while supporting overall physical activity and quality of life. The safety and bioavailability of ubiquinol were evaluated after single oral dose and 4-week multiple dose studies. Significant gastrointestinal absorption was observed and no clinically significant adverse effects were reported.

1-2 softgels per day with meals.

Q+®, Kaneka Ubiquinol™ and the quality seal™ are registered or pending trademarks of Kaneka Corp.