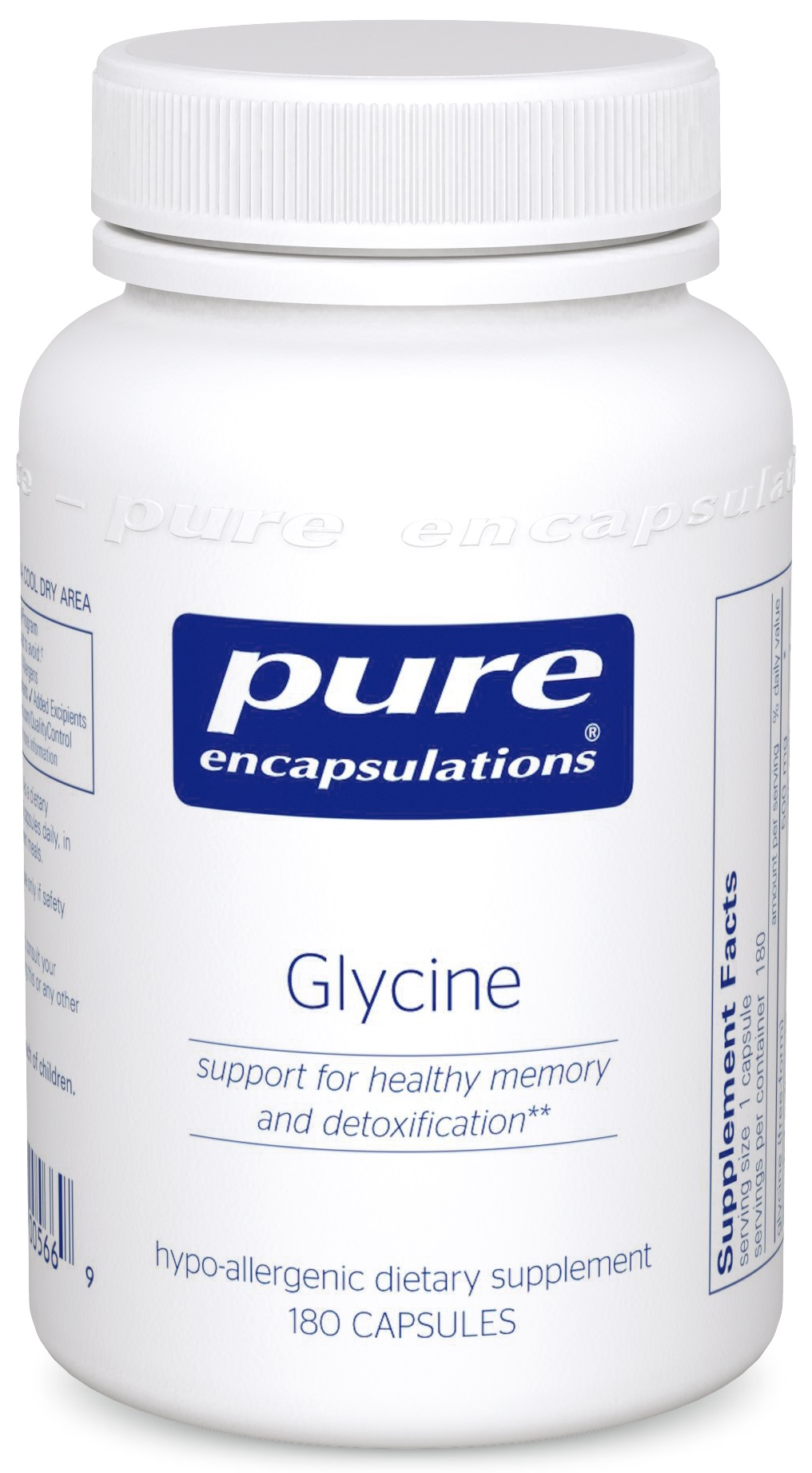 * Glycine is the simplest amino acid; its side chain consists of just a single hydrogen atom. This amino acid is abundant in the body and is not considered essential. Supplementation with glycine has been shown to support healthy kidney and liver function as well as nervous system health. Animal studies and a small human study indicate that glycine has the potential to support memory and mental function. In another human trial, glycine, acting as an inhibitory amino acid, had neuroprotective effects. Animal studies suggest that glycine plays a protective role for the kidneys and liver particularly by supporting detoxification of certain chemicals. Glycine has also been shown to maintain healthy cytokine production during times of metabolic stress. Glycine may be contraindicated for individuals immediately recovering from stroke, taking the antipsychotic drug clozapine, or with liver and kidney disease.

Glycine may play an important role in promoting healthy detoxification by supporting liver and kidney function and for memory support.